A downloadable game for Windows, macOS, and Linux

Take control of your planet's offensive defense system, aka Stellary! Battle from solar system to solar system in pursuit of a rumored super weapon - all in the name of defense, of course!

Battle against the computer, or take the fight online to decide the outcome of the multiplayer war. Compete against your friends and master the law of gravity! Who will prevail?

More details and the latest news are available @CoffeJunkStudio. Reach out to us on Discord! We'd love to hear from you.

Your goal is to "defend" your planet by destroying the enemy’s planet. Be careful, though, your missiles don't always fly straight. Be sure to take into account the gravity of planets, the sun, and other celestial bodies! Try out different tactics, e.g. sling shoting missiles around the sun, spaming them, or lining up sniper shots!

The Vulkan graphics API needs to be supported by your graphics card. This is usually the case since NVIDIA GeForces 600 series or AMD 6000 series. No installation is required, just run the game after downloading!

Stellary was developed for the #Dogpit Simjam 2020 within 17 days. The theme for the jam was, "A matter of degree". We set an additional constraint to use only surface colors for the models and to not use a single texture for the entire game. The game was created in our own Sphere Engine, which has been in development for roughly a year.

A huge thank you goes out to Nick Carver  for designing the sounds and the awesome music. 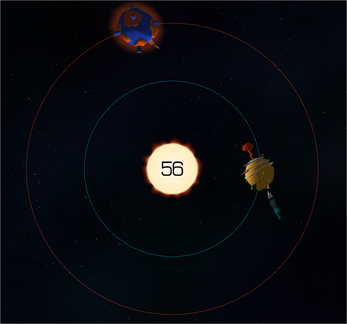 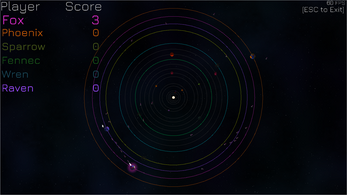 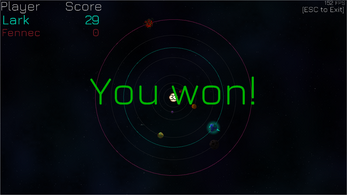 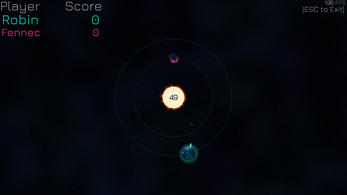 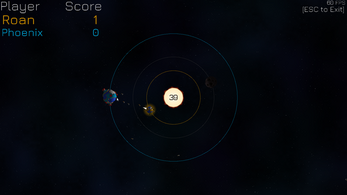 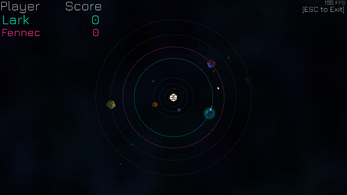